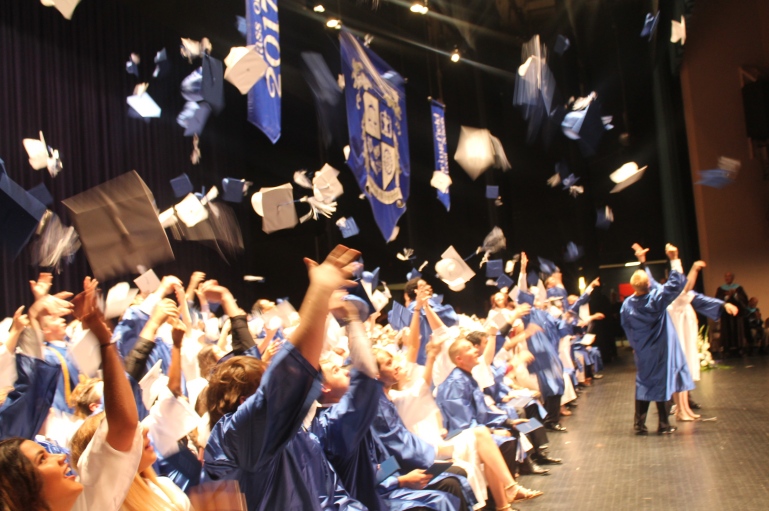 The District is fortunate that members of the Holland Springfield Spencer Historical Society have maintained a wealth of information about the Springfield/Holland community. From them we know that in 1898, Springfield Schools held its first commencement exercises for a class consisting of two graduates - Mabel Hovey and Eathel M. Wood.  Ms. Hovey later became Holland’s first Mayor and believed “...what Holland had been was nothing compared to what it could be.” When elected mayor, Ms. Hovey was one of only two women mayors ever elected in Ohio. She later went on to teach Holland students for more than 27 years.

The first school house in Springfield Township was a log cabin on the south side of Angola Road between McCord and Clark Street. Land for more schools was deeded to the Township and housed the Eight Square School on Garden Road in 1846; the Red School on Holloway Road in 1847; the Green School on Holland-Sylvania in 1847; Starr School at Crissey in 1848, and Clark Street School in 1847. In 1893, the community rose to the challenge and completed a three-winged school house for grades 1-12. It was located where our current Holland Elementary now stands on Kittle Road and Madison Street. Mr. Leo Jacobs was its first Principal.

By 1921 Holland had a centralized school system with nine teachers and 300 students. The library consisted of 261 volumes and a school bus fleet of two! The school budget for 1921 was $15,000.

In 1925 a grassroots effort took place to fund a gymnasium. With the help of the Manual Training Boys and several generous citizens, the gymnasium was built for entertainment and sport events. Then, seating capacity was 1,350. It was the largest auditorium in Lucas County. Through the years, this auditorium has served the community well. It housed the music department in the 1950's-1970's. From the 1970's through 1980 this building housed the district’s Administration offices.